Check out their Bios below

All OK Premier coaches are listed in alphabetical order below 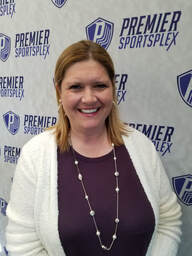 Alicia has been involved with volleyball since she was in junior high school.  Her playing career culminated as a member of the varsity volleyball team at James Martin HS in Arlington, TX.
For over 10 years, Alicia has served as an assistant coach in Plano, TX at the Plano Sports Authority and as head coach in Norman, OK as part of the Norman Junior Jammers Volleyball league.
Alicia is passionate about helping young women learn important life skills through volleyball (teamwork, persistence, poise, and communication). Additionally, she emphasizes developing strong fundamental volleyball skills while learning the value of positive competition and teamwork. Alicia enjoys finding new ways to work on these skills and sharing them with her players.

Coach Madory is a long time resident of Oklahoma raising her 3 amazing kids and coaching volleyball all around the state.  Coach Madory holds one of the highest honors in volleyball with a High School State Title.  She not only coached in High School but she went on to coach in college at Seminole State and 2 years internationally.  She started it all spending 16 years with junior high.  In addition to volleyball Coach Madory has ran High School and JR High Soccer programs.  She has a passion for recruitment and can't wait to help guide these girls right into college.

Patty is Impact, Beach and SafeSport certified. She has been around volleyball since 1992 when she married her husband, Pete Mills. She has assisted with many of  his teams, including the Boys Junior Olympic teams and girls teams of all levels. She is one of the proud owners of OK Premier and has been a primary hand in the development of our club and the Crosspointe youth leagues. In addition to her volleyball experience, she grew up in El Reno and graduated from the University of Central Oklahoma with a degree in elementary education. She served for 13 years as the children's director at Goodrich Memorial United Methodist Church. She has two boys, one of which played volleyball in college at MBU, and one who proudly serves our country and is married to her sweet daughter-in-law with their very precious first grandson! Patty's most current coaching position was at Longfellow Middle School as their assistant coach.
Pete met his wife Patty in 1991. Patty adopted the 11 boys on the club team and planned their wedding and honeymoon around volleyball tournaments, practices and a trip to Chicago for an AAU tournament. Married 29 years, they have two sons — Jace, who lives in Ft. Polk, Louisiana, with his wife Kelly, and Markus, a 2013 graduate from Norman North High School and was a manager for Norman North girls volleyball team and on the boys golf team.

Pete is a member of USAV, CAP 1, Beach IMPACT  and SafeSport Certified, member AVCA and JVA. 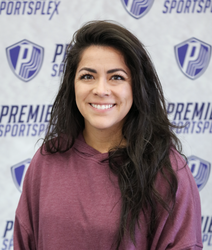 Rachel is from Norman. She specialized as a back row defensive player throughout high school and college. Rachel received a scholarship to Southwestern Christian University and was starting libero from 2010-2012. She was recognized as team captain throughout high school and during her sophomore year at SCU. In 2011, Rachel was ranked 3rd in the NAIA for Division I in digs per game and 22nd overall for total digs. She was awarded Outstanding Defensive Player in 2011 and Performance of the Year in 2012 to close out her collegiate career at SCU. Rachel transferred to Oklahoma City Community College, where she graduated with a degree as an occupational therapy assistant. Rachel accepted a head coaching position at Norman North for the freshman team during the 2013 season.
She has been a part of the OK Premier family since 2012 and started out coaching the 12's National Team from 2012-2015.  During the 2012-2013 season, the team took 2nd in the Region and then ​
received a National bid to the 2013 USAV Junior National Tournament.  Rachel coached the 14s National Team from 2018-2019, where they finished 6th out of 157, and she coached 13s in 2016, when they finished 57th out of 125 teams in Orlando at the AAU Junior National Tournament. This is her 8th year coaching our National Teams. Rachel is Impact certified, Care and Prevention certified, CPR/FirstAid certified, Beach Impact and SafeSport certified.

Coach Nichole Powell
Nichole is a 2011 graduate from Noble High School. She has played volleyball since she was in 6th grade and club throughout high school. Nichole then played two years of college volleyball at Southwestern Oklahoma State University. She now attends the University of Oklahoma in pursuit of a degree in physical therapy.  School volleyball teams. She is Impact and SafeSport Certified. Nichole coached the 16s and the 12 Diamonds. She enjoys taking her experience of the game and technique and pushing the girls to be the best they can be!

​This season will my second year of assisting with my daughter, Kaylie. I love being apart of the volleyball community, and helping girls succeed on and off the court. Outside of volleyball, I love spending time with my family and friends. I have been married to my husband Curtis for 26 years, and we have 2 children. Sports have always been a huge part of our lives, as both of our children have played multiple sports throughout the years. Looking forward to a great new season with our 15 Nationals.

Brandy has coached the 11's, 13's, 14's, 15's, 16's, 17's & 18's National teams over the past years, placing 2nd at Nationals, winning the Regional bid with her 15's and 18's, placing third at the ShowMe National Qualifier with her 14's, and 9th at Colorado Crossroads National Qualifier with her 13's and has never placed lower than third in our State's Regional Competition. All of her 18's received scholarships to go on and play volleyball in college. She has had many of her players make the OK HP teams and had the 15s MVP of the Regional Tournament. Her players have made National A2 Teams and A3 National Teams, and one player made one of the eight spots available on the JVA National Team. Two of her players received the JVA National College Scouting Athletes Leadership grant, and three received the JVA Leadership award. Seven of her players have been on the JVA watch List, and 7 was  AAU Academic All Americans. Brandy has competed in the USAV Girls Junior National Tournaments and the AAU National Tournaments every year placing 2nd at Nationals out of 200 teams. Brandy also enjoys working the National HP Tryouts and has enjoyed the opportunities training with and learning from Coach Miles Pabst, former OU head Volleyball Coach. Another highlight was meeting Coach Russ Rose of Penn State, NCAA Women’s Volleyball National Champions, when he visited CrossPointe. Brandy has certifications in the following: Impact, CAP 1, CAP 11, SafeSport, Youth and Adolescents fitness and nutrition, CPR and First Aid and also a member of USAV, JVA and AVCA. This season will be my fourth year as a club coach at Premier. I started out as an assistant for the youth league and fell in love with coaching. Coaching has always been a dream of mine and I’m so happy to help these girls pursue their goals in becoming a better player on and off the court as well as them helping me be a better coach. I have coached Premier’s youth league for two years now. I have played volleyball, school ball and club, for 10 years as a setter. I started at Premier  when I was 16 years old playing on the 17s team and continued to play for the 18s the following year. My 13s team was the 2022 Regional Champions for Club Non Bid.
While coaching youth league, I graduated from OSU-OKC with an associate’s degree in general sciences. I am now  going in a completely different direction to further my career as an                                                                      interior designer.  I cant wait for this new season  with all new and familiar faces! 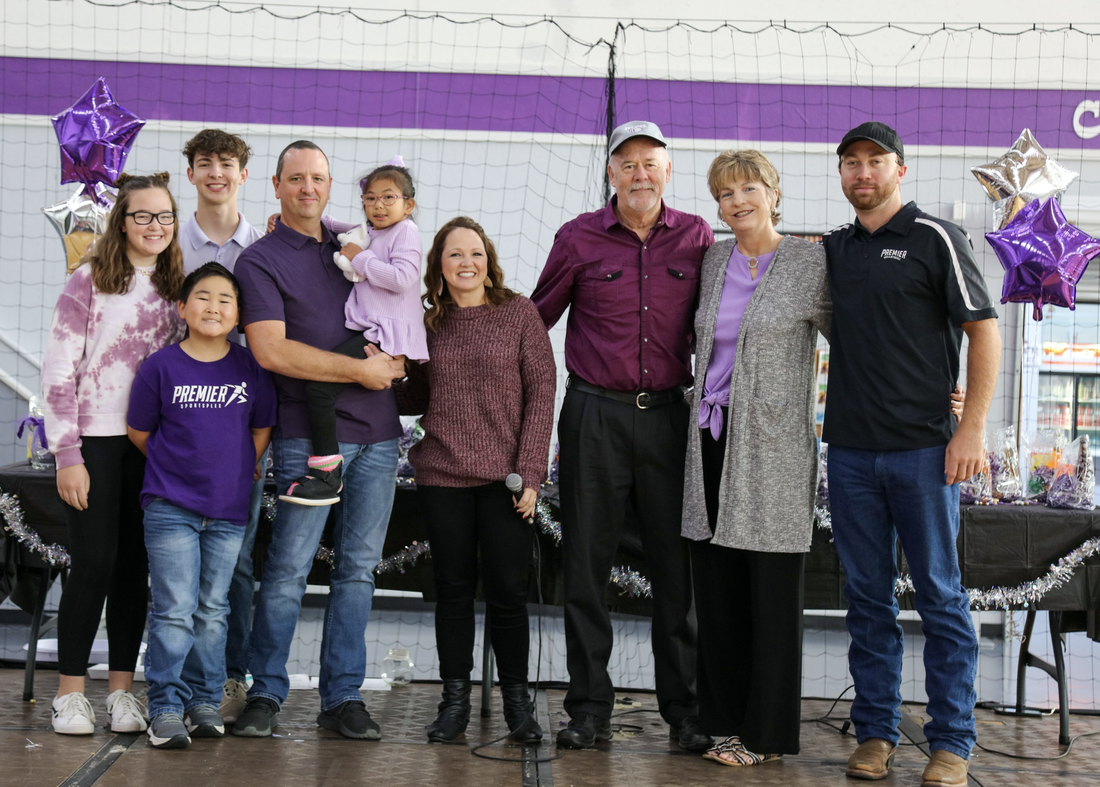 OK Premier Board of Directors